Winning the biggest tournament in the world is a big deal.

Tens of thousands of archers have taken to the shooting floor at The Vegas Shoot over its history, competing in the same halls as legends and watching a handful of them being crowned champions since the first edition in 1962.

Winners are crowned in all championship, flight and junior divisions with plenty of cash and prize payouts, but it’s the freestyle open division that brings the big bucks.

Through 51 years, there have been 38 different freestyle men’s winners. In 2018, the next to hold the title will take home the biggest prize fund in the tournament’s long history, now up to $52,000.

Just to make the shootdown for that money requires a solid nerve, 90 perfect arrows and the ability to stay strongest the longest in front of the Vegas crowd. So, just how does it feel to be the last one left standing?

“It’s definitely one of the greatest feelings in our sport. It’s a very prestigious tournament, it’s been around for a lot of years and it’s a critical tournament for every professional.”

“[Winning] just tells you that everything you have done, all the preparation you put into everything up until that moment was correct. You were absolutely correct in every decision you made, you were tested against the best in one of the most difficult arenas in our sport and you were the only one that succeeded.”

“It’s something every guy aspires too. It’s kind of our big super bowl, world cup, world championships, it’s all in one. There will be almost 4000 archers there this year, so it’s an amazing feeling.”

“It’s one of the coolest events to win in the world.”

“It’s an experience that you won’t get really anywhere else. Shooting three days 30 arrows a day, seems like it’s really easy and it is, but if you add all those nerves and pressure on you, it’s one of the hardest tournament there is to shoot.”

“I just remember trying to keep myself calm and trying to keep my adrenaline down as far as I could. You try everything on the book you can think of to try to keep your nerves away when you’re in a shoot off at Vegas.”

“So much goes into it that winning that shoot is overwhelming if you actually do it.”

“Vegas is a really big thing for me because it brings a lot of attention. The first time I won it, I was reigning World Archery Champion and I got way more attention from people after I won Vegas than from the world championships. 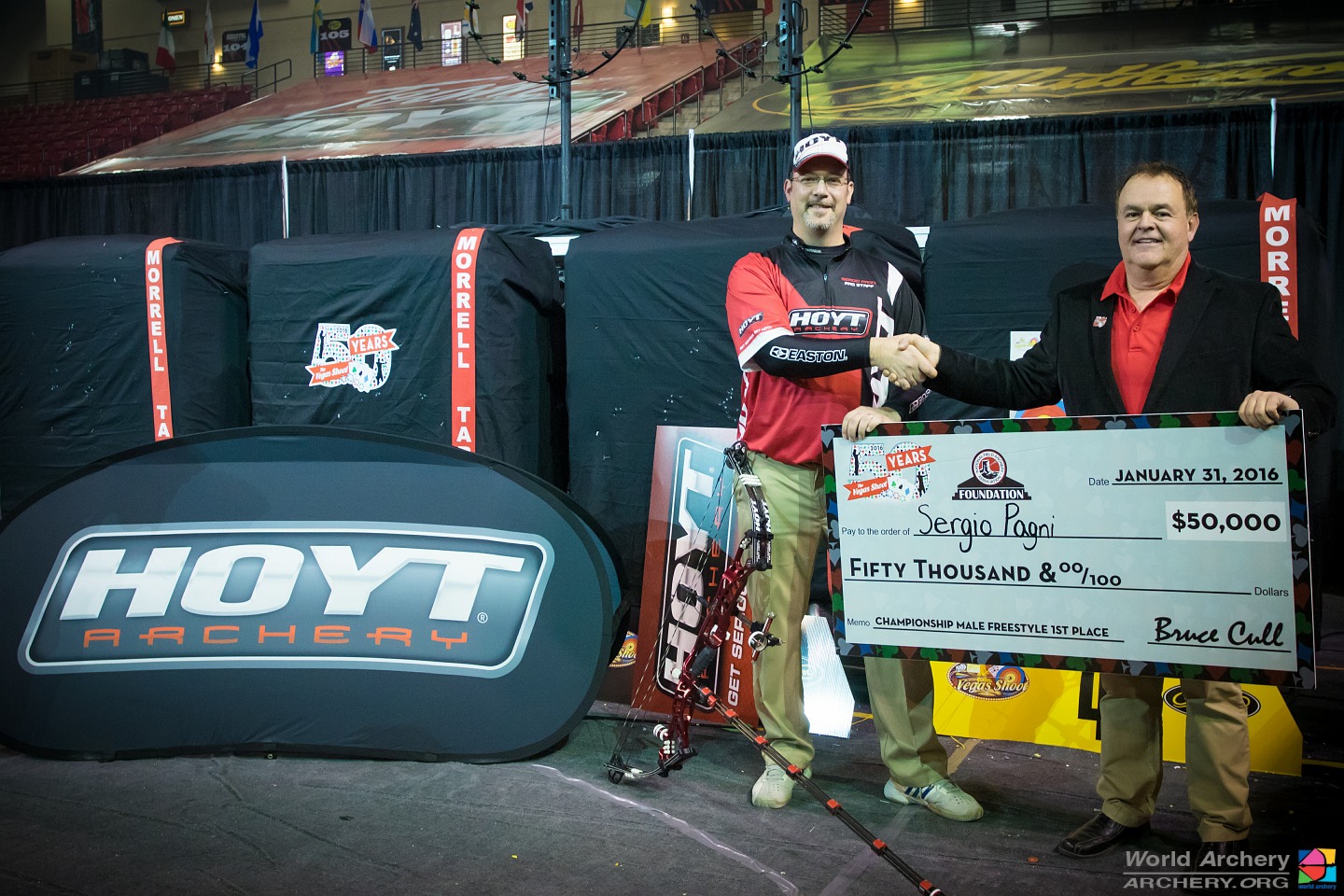 “Winning Vegas as the lucky dog means that next time you can drop one [arrow] and stay in the shooting line with the 900 and try to win.”

“During the shot, I really didn’t know if I had won Vegas or not because I was quite sure that the other shooters also made a 30. When I arrived at the target, George Ryals told me: ‘probably you won’ and I said: ‘probably’. I had to wait a little and when they said that I was the lucky dog, I took my cap off and turned on my ears.”